The movie takes place after the Greed Island arc at the start of the Chimera Ant arc while Gon and Killua were exploring with Kite, and may or may not be a part of the canon story-line due to lack of official statements.

The strongest Hunters that once existed in the Hunter Association were split into two groups, the latter being called the "Shadow", and each walked down their respective paths. After facing discrimination and massacre, the Shadow begins moving in order to massacre all Hunters! After a brutal attack from the Shadow, Killua is injured and Kurapika is almost dead. What is the real goal behind the attack on all the Hunters? Now that the crimes of Netero & the Association are announced publicly. Will Gon take the Shadow's path to find the necessary strength to save his friends? What actions will Gon take when the many crimes of Netero and the Hunter Association are unveiled...!?

Note: the plot of the Hunter × Hunter: The Last Mission movie may or may not be a part of the canon story-line.

The film begins with a flash to some decades ago, when the chairman of the Hunter Association, Netero, defeats a powerful enemy known as Jed. Back in present day, four cloaked men storm a prison tower and recruit the captives for their mission.

Gon and Killua take a break from their expedition with Kite to support their friend Zushi, now a Floor Master, participating in the Heavens Arena Battle Olympia Tournament. Shortly before the tournament begins, Gon and Killua pay a visit to Netero. Meanwhile, Leorio was attacked by the cloaked men and thrown into the sewers. Shortly after, the Arena was taken over the cloaked men. One of them, Gaki, replaced Zushi's first opponent and defeated him. Another one of the cloaked figures, revealed to be a girl named Rengoku, stabs herself in order to invoke a curse on Netero, immobilizing and sealing his Nen. A third cloaked man named Shura uses his powers to take over the Arena's security system.

Gon and Killua were knocked out of the tower, but managed to enter the Arena again on the 50th floor and started to make their way upwards. Separately, Kurapika who was present as a bodyguard to Neon, had also decided to make his way down to the Arena's control room. The contestants of Battle Olympia, controlled by Jed, attacked Gon, Killua, and Kurapika, but were easily defeated by the trio.

Netero recognizes the ringleader as a reincarnation of Jed, and it is revealed that Jed was once Netero's friend and leader of "Shadow", the Hunter Association's black ops squad, that was destroyed by the chairman after they began to make use of "On", a cursed power that is opposite to Nen and is fueled by the user's pure hatred and desire for vengeance. Jed and his companions' objective is to force the Hunter Association to disclose the "Black Report", a record of the crimes against the descendants of "Shadow" to the public. Descendants of the "Shadow" settled peacefully in a village after the organization was destroyed, but some time later were hunted down by the government and imprisoned in the tower. Gaki, Shura, and Rengoku were revealed to be survivors of the crack-down, and had used their hatred to revive Jed and unleash their On.

Meanwhile, Gon and Killua were confronted by Gaki, while Kurapika faces down with Shura in the control room. Amidst the chaos, Leorio rises from the sewers inside the building and is helped by Hisoka, who also was inside the building to reunite with Kurapika. Once Gon and Killua defeat Gaki, he self-destructs as his covenant states that losing to a Hunter will cost his life. Kurapika also defeats Shura with Leorio's help, but before dying, Shura infects Kurapika with Jed's blood, sealing his Nen and claiming that he will die unless he embraces On instead.

Once reunited with the others, Gon and Killua decide to confront Jed at the roof while Leorio stays behind to take care of Kurapika. With Shura defeated and security lock-down lifted, Zushi, Wing and Biscuit easily take down the remaining "Shadow" members in the Battle Olympia stadium. Hearing the commotion on the rooftop, Biscuit remarks that the boys have truly grown and will be able to face the challenge ahead.

Realizing that his Nen powers were not strong enough to defeat Jed and save his friends, Gon allowed himself to be infected by Jed's blood and embraced On to keep fighting him. Killua convinces Rengoku to give up on her hatred and she passes away, freeing Netero from her curse. Netero confronts Jed, but instead of attacking him, he decides to defend all his attacks until the hatred on him subsides. Killua attempts to break Gon out of his On state. Jed is ultimately defeated when Gon purifies the On in his body with his own Nen and does the same to him, allowing him to finally be free of On and pass away. Netero has a flashback to the day it was decided via a coin flip that Jed would lead the "tail" of the Hunter Association while Netero would lead the "head", and wishes that his friend finds peace in Heaven. As the sun rises, Heavens Arena returns to normal and the Battle Olympia Tournament is finally allowed to begin.

Characters in Order of Appearance 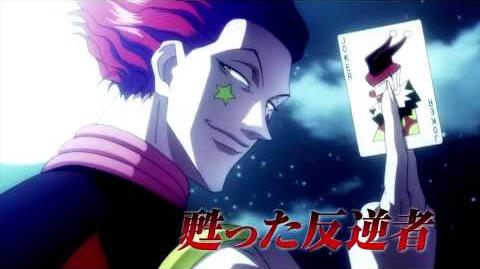 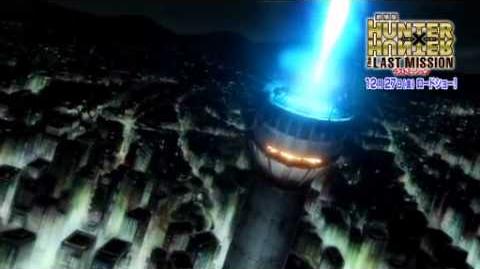 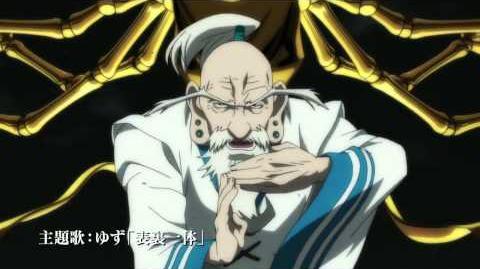 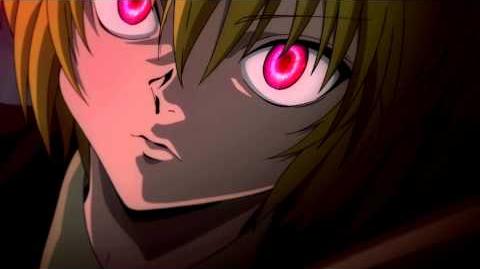