Link To The Game

Jump Force (ジャンプフォース; ; or , Janpu Fōsu), stylized as "ＪＵＭＰ ＦＯＲＣＥ", is a crossover fighting video game developed by Spike Chunsoft and published by Bandai Namco featuring characters from various manga series of Shueisha's Weekly Shōnen Jump anthology in celebration of the magazine's 50th anniversary. The game was released on February 15th, 2019 for PC (Windows), PlayStation 4, and Xbox One. It is the successor to J-Stars Victory Vs.

Jump Force is a 1-v-1 fighting game that lets you pick a team of three characters from a selection of various manga series featured in the Weekly Shōnen Jump magazine. Players control one character at a time while the others are used as support, with players able to switch between them during battle. Combat functions similarly to the previous Jump fighting game, J-Stars Victory Vs, with players moving around a 3D space and utilizing various combos and special moves to attack their opponents. The match ends when one team depletes the other's health bar.

When the real world collides with many of the Shōnen Jump universes, humanity is invaded by the "Venoms", an army of mind-controlled villains lead by Kane and Galena. In order to fight back, many heroes are recruited to join the "Jump Force" under the leadership of Director Glover and his A.I. (artificial intelligence) partner Navigator. But a suspicious figure is using both the Jump Force and the Venoms as an attempt to gain a mysterious artifact and merge all worlds into one.

Frieza attacks New York City with an army of Venoms, being confronted by Goku; however, a stray laser blast from Frieza fatally wounds a civilian caught in the war zone. Trunks revives the civilian with an advanced cybernetic device called an umbras cube, giving them potential to be a hero like them. Frieza withdraws, allowing Goku and Trunks to take the civilian back to their HQ, where they are greeted by Director Glover. Glover explains that the manga worlds from "Jump" have somehow begun merging together with the real world and using their own umbras cubes to turn evil-hearted humans into Venoms, forcing him to create Jump Force to quell the threat; the organization consists of heroes from the "Jump" worlds, along with other people saved through the cubes. The group is divided into Alpha, Beta, and Gamma teams; Goku leads Alpha (along with Piccolo, Zoro, and Gaara) to fight off invading Venoms, Luffy leads Beta (along with Boa Hancock, Sanji, and Boruto) to reclaim territory from Venoms, while Naruto leads Gamma (along with Kakashi, Sasuke, Trunks, and Sabo) for stealthy reconnaissance. The new hero, who serves as the game's player character, is asked to join one of the divisions to help repel the invasion. Additionally, Light Yagami, whose Death Note has lost its power, joins the Jump Force with the secret intention of regaining it. During their missions, the heroes encounter others being mind-controlled by dark umbras cubes, cubes that have been charged with evil energy. To counter this, Jump Force, also known as the "J-Force", begins retrieving the cubes and freeing other heroes from their control, recruiting them to their ranks. Duplicates of Jump villains also appear, along with the real ones, adding to the confusion.

After the player rescues an amnesiac girl named Angela, several members of the Jump Force suddenly become possessed by evil auras during missions, leading them to suspect a traitor is among them. While Sanji is initially blamed, the culprit is revealed to be Angela, who is a disguise for the evil Galena. Galena steals the collected umbras cubes and gives them to her master Kane, a man seeking to wipe out humanity in revenge for the deaths of his family. The player pursues and defeats Kane, but Glover reveals himself to be the true mastermind behind the merging of the worlds. In truth, he is Prometheus, a "keyman" who was charged with showing the real world the stories of "Jump". However, Prometheus grew tired of humanity's vices and attempts to merge the real and Jump worlds together in order to guide humanity in the right direction. Prometheus steals the player's cube for its good energy, planning to use it to balance the evil energy he collected from the villains to become a god. Kane gives his cube to the player and Goku empowers them further with energy from all of Jump Force, allowing them to destroy Prometheus. However, this does not revert the real world back to its original state. At Trunks' suggestion, the player character becomes the new Jump Force director and continues to protect humanity. Meanwhile, Light finds an umbras cube left behind by Prometheus and voices his intent to use it to "make the world a better place".

The game's launch roster features 42 playable characters (40 characters from 16 series and two original characters), while 9 additional characters are planned to be added via downloadable content (DLC) in the first Season Pass for a total of 51 characters. In addition, players must create their own unique playable character, customizing them with abilities, outfits, and accessories earned through gameplay. Jump Force provides players the ability to join three special teams: Alpha, Beta, and Gamma.

Dragon Quest: The Adventure of Dai

Fist of the North Star (or Hokuto no Ken) 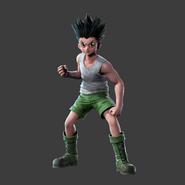 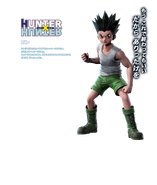 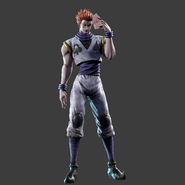 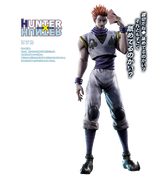 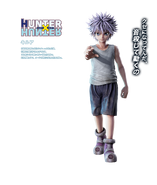 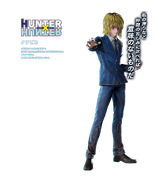 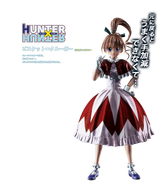 Retrieved from "https://hunterxhunter.fandom.com/wiki/Jump_Force?oldid=284465"
Community content is available under CC-BY-SA unless otherwise noted.